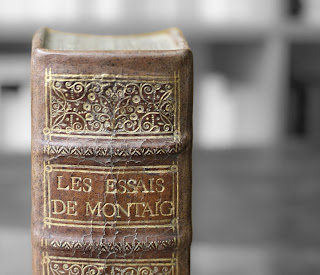 Scientific truths in Reformation times were established by the Catholic and Protestant religions. They were based on scholasticism, Aristotle, and the Bible, not on empirical observation. Scientists of the time had to accept the ecclesiastical matrix or die at the stake. This happened to Giordano Bruno, a priest of the Dominican order in Naples. He expounded theories of an infinite universe and multiple worlds rejecting the traditional geocentrism of the earth. He went beyond Copernicus who maintained a finite universe and fixed stars. At a time when the Catholic Church and Protestantism affirmed Aristotelian and Scholastic principles, Bruno was considered a heretic and condemned to the stake in 1600.

Galileo Galilei was another example of the religious negation of science. He improved the original Dutch design telescope allowing him to observe and describe Jupiter's moons, Saturn's rings, Venus phases, sunspots, and the wrinkled lunar surface. However, his observations contradicted the Aristotelian vision of the universe that was established in science and theology. The wrinkled lunar surface contradicted celestial perfection and the orbits violated the dogma that the earth was the centre of the universe. His support for the new conception of the universe brought him before the religious authorities in 1616 and again in 1633 when he had to recant.

Michel de Montaigne published his Essays (1580) in the vernacular moyen français (Middle French). He was very critical of the speculative method of scholastic philosophy and said that there was only a general belief in science, not an empirical method. He argued that this science only served to rationally justify beliefs that were already held, as in apologetics. Montaigne was looking for a thought process without ties to dogmatic principles. This is well summed up in his quote : "There is more work in interpreting interpretations than in interpreting things ..."

As a humanist, he conceived philosophy as moral. He practised it by scrutinizing his own judgments to know his weaknesses and also his strengths. He promoted a humanistic revolution in philosophy: a move from a conception of philosophy as a theoretical science to a new approach: the practice of free judgment. His motto showed doubt and scepticism: "Que sais-je?" (What do I know?). This doubt later became one of the foundations of Descartes' philosophy.

Montaigne published his collection of 107 essays in three books. The essays explore a variety of topics, but there is a main theme linking them all : trust yourself and enjoy life not as a problem but as an experience.

In Book 1, he discusses idleness, attitude to death, imagination, education, friendship and cannibalism.

Book 3 examines apologising for being yourself, physiognomy, and experience.

The source of wisdom is not in human knowledge but Nature. We can detect it through intuition and common sense. Montaigne turns inward to his own mind for guidance on moral behaviour but also refers to the teachings of ancient Greco-Roman writers who showed respect for Nature.

"Aristotle tells us that there are certain little beasts upon the banks of the river Hypanis, that never live above a day: they which die at eight of the clock in the morning, die in their youth, and those that die at five in the evening, in their decrepitude: which of us would not laugh to see this moment of continuance put into the consideration of weal or woe? The most and the least, of ours, in comparison with eternity, or yet with the duration of mountains, rivers, stars, trees, and even of some animals, is no less ridiculous.[Seneca] But Nature compels us to it. “Go out of this world,” says she, “as you entered into it; the same pass you made from death to life, without passion or fear, the same, after the same manner, repeat from life to death. Your death is a part of the order of the universe, ‘tis a part of the life of the world." (Chapter 19)

For Montaigne virtue is attained through a struggle against selfishness which makes us unwilling to sacrifice our interests for those of society. Cato, Socrates and Seneca are his best examples. His only criticism is that virtue may become so easy that it devolves into goodness.

"There is nothing to which nature seems so much to have inclined us, as to society; and Aristotle says that the good legislators had more respect to friendship than to justice. Now the most supreme point of its perfection is this: for, generally, all those that pleasure, profit, public or private interest create and nourish, are so much the less beautiful and generous, and so much the less friendships, by how much they mix another cause, and design, and fruit in friendship, than itself. Neither do the four ancient kinds, natural, social, hospitable, venereal, either separately or jointly, make up a true and perfect friendship." (Chapter 27)

Montaigne criticises the science practised by his contemporaries as simply rational justifications for already held beliefs instead of analysing their foundations. He conceives of science as free inquiry not discussion on how to read Aristotle or Galen. In this sense Montaigne is freeing his thought from the medieval conceptions of scholasticism which rationalised beliefs but did not question them.

Montaigne's humanist thought conceived philosophy primarily as morality and so he identifies education with philosophy because it forms judgements and behaviour in life. His Essays were his own way of self-education and he believed that each individual should follow their own path.

"But, in truth, all I understand as to that particular is only this, that the greatest and most important difficulty of human science is the education of children. For as in agriculture, the husbandry that is to precede planting, as also planting itself, is certain, plain, and well known; but after that which is planted comes to life, there is a great deal more to be done, more art to be used, more care to be taken, and much more difficulty to cultivate and bring it to perfection. So it is with men; it is no hard matter to get children; but after they are born, then begins the trouble, solicitude, and care rightly to train, principle, and bring them up. The symptoms of their inclinations in that tender age are so obscure, and the promises so uncertain and fallacious, that it is very hard to establish any solid judgment or conjecture upon them. Look at Cimon, for example, and Themistocles, and a thousand others, who very much deceived the expectation men had of them. Cubs of bears and puppies readily discover their natural inclination; but men, so soon as ever they are grown-up, applying themselves to certain habits, engaging themselves in certain opinions, and conforming themselves to particular laws and customs, easily alter, or at least disguise, their true and real disposition; and yet it is hard to force the propension of nature. Whence it comes to pass, that for not having chosen the right course, we often take very great pains, and consume a good part of our time in training up children to things, for which, by their natural constitution, they are totally unfit. In this difficulty, nevertheless, I am clearly of opinion, that they ought to be educated in the best and most advantageous studies, without taking too much notice of, or being too superstitious in those light prognostics they give of themselves in their tender years, and to which Plato, in his Republic, gives, I think, too much authority." (Chapter 25)

Montaigne's personal motto was “Que sais-je?” (What do I know?). As a committed Christian he maintains a critical distance with rationalisation. Since reason cannot demonstrate religious dogma we have to depend on revelation and faith for religious truth. Scepticism is used as a Counter Reformation means to an end - to loosen the hold philosophy had on religion.

There are two interpretations of Montaigne's scepticism. One is the fight against reason as pretentious an unattainable. This foreshadows Descartes' Meditations which focused on the problem of perception of reality. However Montaigne does not fall into solipsism by questioning the existence of reality, but instead he questions the values of opinions. The other reading of his scepticism is based on texts from Cicero. He accepts opinions which appear to be true but does not accept them as absolutely true. In this he copies the Socratic dialogue which maintains discussion open.

"Our speaking has its failings and defects, as well as all the rest. Most of the occasions of disturbance in the world are grammatical ones; our suits only spring from disputes as to the interpretation of laws; and most wars proceed from the inability of ministers clearly to express the conventions and treaties of amity of princes. How many quarrels, and of how great importance, has the doubt of the meaning of this syllable "hoc" created in the world? (Montaigne here refers to the controversies between the Catholics and Protestants about transubstantiation) Let us take the clearest conclusion that logic itself presents us withal; if you say, “It is fine weather,” and that you say true, it is then fine weather. Is not this a very certain form of speaking? And yet it will deceive us; that it will do so, let us follow the example: If you say, “I lie,” if you say true, you do lie. The art, the reason, and force of the conclusion of this, are the same with the other, and yet we are gravelled. The Pyrrhonian philosophers, I see, cannot express their general conception in any kind of speaking; for they would require a new language on purpose; ours is all formed of affirmative propositions, which are totally opposite to them; insomuch that when they say “I doubt,” they are presently taken by the throat, to make them confess that at least they know and are assured that they do doubt. By which means they have been compelled to shelter themselves under this medical comparison, without which their humour would be inexplicable: when they pronounce, “I know not,” or, “I doubt,” they say that this proposition carries off itself with the rest, no more nor less than rhubarb, that drives out the ill humours, and carries itself off with them. This fancy will be more certainly understood by interrogation: “What do I know?” as I bear it with the emblem of a balance." (Chapter 15)

Montaigne searched for ways of enriching his perception of humanity through finding a variety of customs and beliefs. These he encountered in historical or travellers' documents like Lopez de Gomara's History of Indies. He found in these tales arguments for deviating from custom which he thought devaluated reason and will and so bolstered our natural confidence that we know the truth and live in justice. He dismisses generalisations on reason, truth and justice as illusions and that absolute truth creates chaos in society. He calls custom "Circe’s potion" since just as it has changed men into pigs, custom turns their intelligence into stupidity.

"He seems to me to have had a right and true apprehension of the power of custom, who first invented the story of a country-woman who, having accustomed herself to play with and carry a young calf in her arms, and daily continuing to do so as it grew up, obtained this by custom, that, when grown to be a great ox, she was still able to bear it. For, in truth, custom is a violent and treacherous schoolmistress. She, by little and little, slyly and unperceived, slips in the foot of her authority, but having by this gentle and humble beginning, with the benefit of time, fixed and established it, she then unmasks a furious and tyrannical countenance, against which we have no more the courage or the power so much as to lift up our eyes. We see her, at every turn, forcing and violating the rules of nature..." (Chapter 22)