The history of philosophical thought can be followed through the historical evolution of the perceptions of Truth. 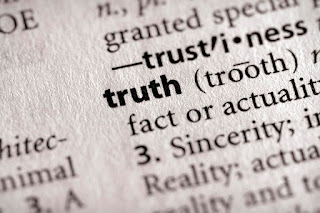 Claude Lévi-Strauss (1908 - 2009) thought that to attain knowledge anthropologists relied on verifiable facts, not on cartesian logical coherence. He argued that truth could only be reached by incorporating practices such as rituals and myths as well as recognised scientific research. He affirmed that anthropology used different forms of knowledge to produce particular truths, another type of science.

Paul-Michel Foucault (1926 - 1984) believes that all societies create a 'regime of truth' following their beliefs and values. Western society creates truth based on scientific discourse, economic and political forces, difusion by social means, control by political and economic forces. Truth is a construct of economic and political powers in society. Universal truth does not exist but it is generated socially.

Quantum Mechanics and General Relativity (20th. and 21st. centuries). Both these theoretical physics hypotheses introduced the philosophical polemic of determinism vs probability as an explanation for the ultimate truth of the universe. Einstein could not accept Bohr's probabilistic theory which was supported by Schrodinger and Heisenberg. Bell and Aspect found mathematical and experimental methods of showing that Bohr's view was nearer reality. 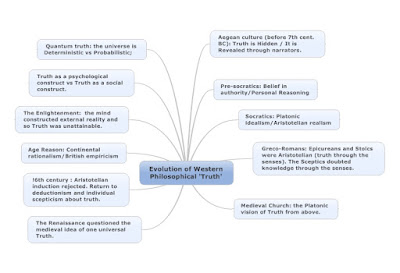